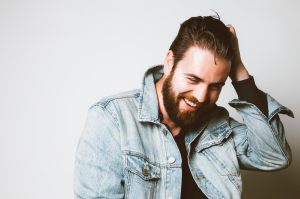 Drive is a solid representation of the various strengths of Greg Drummond and his band. It has its fair share of folk-n-roll upbeat tunes that defined his first album, but the true standouts are some of the emotionally weighted tracks that have significant depth both lyrically and in their musical arrangements. The arrangements on the whole are stronger and leave a lasting impact while the songs are primed to connect with the listener in a personal and individual way.

Having spent many hours in the company of this album over the last week, it is safe to say that my connection with the songs has solidified. Music can be cathartic and revealing, but it can also be pure entertainment, simply something to distract you from the daily grind of life. Greg Drummond’s album Drive achieves a myriad of connections throughout its 11 tracks. There are songs that will relax you, inspire, spark a certain memory, take you to an imagined reality, get you dancing, work well in the background of a get-together with friends, or to put on repeat during a long car ride when you need to think on something important. For an album to have elements that make a personal impact in a variety of ways is an achievement to be celebrated.

There is something for everyone within the 11 tracks; here is a selection of my personal choice pics:

The Jasper – This instrumental has that Coldplay-esque quality to it that digs deep and carries you away; Man On The Hill – The guitar riff that opens this track and reappears throughout gets me every time, and the song’s lyrical story provides a mystery to get lost in; Against The Sun – Everything about this song grabs me, the harmonica intro and interludes, tempo choice, lyrics, the specific tone of Drummond’s voice, female vocal accompaniment, I could go on and on; Worse For Wear – It builds to provide the most beautiful climax to not only the song itself but the entire album, exquisite arrangement and perfect placement; Terminal Street – In the last few days I have been drawn more and more to this track, like many others the arrangement is pulling me in to the point where I can’t let go.

Greg Drummond has developed a signature sound that continues to mature. Drive achieves a broad universal appeal, with songs that have the ability to reach audiences on a large scale. The high quality production value of the album incorporates the wide array of instrumental choices in a format that is accessible and appealing. At the heart of the album is Greg Drummond himself, whose voice is one that you want to take with you, as it provides a sense of comforting strength that we can all use once in awhile. 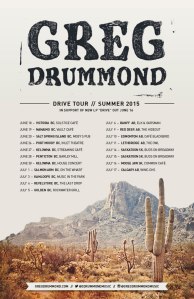 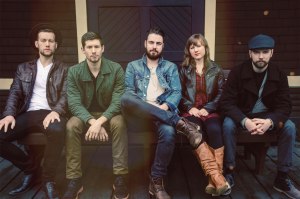