Posted on December 16, 2015 by heatheradamson

Cold. That is what it feels like these days, winter setting in, temperatures dropping, snow freezing into ice. There is also a coldness in the air in a metaphorical sense; a division of thought, values and basic human rights that has cast a shadow on our world.

Art. In these times of uncertainty, what could be greater to indulge in, to stoke the embers glowing within the hearts of those that are courageous enough to choose creativity as their life’s path.

As always, my soul seeks comfort in the warmth that Serenity creates, a home for those from near and far. The fire lit a blaze, a hot drink upon my lips, arms that embrace, music to take refuge in.

So much of what is ever spoken in this place never makes it to the page. It is the essence of the conversations that remain, the raw humanness beared that I attempt to honour in some way. To try and capture what is gifted, to remember.

Here I write about four men who shared their songs, skills, and stories, all distinctly unique, yet connected.

The plan for this particular night’s show underwent a few alterations before arriving at what came to be. Benjamin James Caldwell and Sam Buckingham had meant to carry the night as part of their Canadian “Reckless With Love” EP Release Tour. When Sam took ill after their first few dates unable to recover from a virus she had previously contracted, Benjamin continued the tour on his own. Even before Sam had left, Jeremy Borschneck had been in touch to request they share the night’s bill in order to fit in a date at Serenity on his winter tour with his friends JP Maurice and Nick Petrowich. Having them all together was as if it was intended to be this way from the start.

Benjamin James Caldwell opened the evening with a set shrouded with his effervescent charm. Although his accent gives him away, Caldwell is as much Canadian as he is Australian, or any other nationality for that matter. His music, spirit, and ability to see and speak to things about the human condition is far reaching, beyond borders and partisan lines, inviting people to relate to him on a level they identify with. A long-haired bearded country folk singer who surfs and snowboards…he is as malleable as the wind. Your own perspective of the world will place him in whatever context, genre, or mould you see fit. His songwriting is clever, but it doesn’t pigeonhole him to one way of thinking. I had a sense that anyone in the room could be perceiving him in an entirely different way than me.

Whether he is singing about the love of a cigarette, or the love of a woman, his lyrical imagery entertains in its own right. Add his melodies, elements of southern twang, and a persona that has you transfixed, well, this guy is just all the right stuff in my books. He performed a beautiful rendition of Scott Cook’s song “Broke, And So Far From Home.” We discussed our mutal admiration for Scott Cook as a songwriter afterwards, and I told him that besides Cook himself, I had never laughed out loud to song lyrics the way I did during his performance of his song written about a past girlfriend of strong faith who “kept the good book between them.”

On a more serious note, a song of Caldwell’s I have held dear for sometime is “Sweet Redemption,” but it wasn’t until this night that I had heard him introduce it in such a personal way. He shared a simple, yet ultimately effective strategy he’d used to pull himself out of a dark time – he began to say positive things to himself whenever he looked in the mirror. There were 6 local teenagers in the audience as part of our Youth & the Arts outreach initiative. The impact of those few sentences I hoped were internalized, as they were with me, for those struggling to find themselves, find a place where they belong, feel safe, and feel loved. The journey to love oneself can be rife with barriers, but there is not a road more worthy to travel. 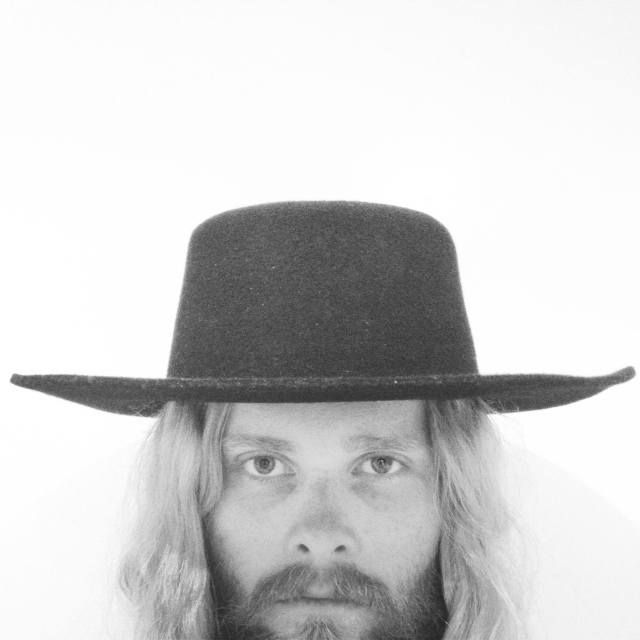 With nothing but a guitar in hand, Caldwell serenaded the crowd and spoke with humour and truth.  JP Maurice mused later in the evening that he felt there is always a hint of sarcasm in everything Ben says and Nick Petrowich jokingly added, “His tongue is always lodged in his cheek.”

I smiled, but to myself I knew this was not true in the purest sense. Sarcastic is not a word I would use to describe the lighthearted spirit of Benjamin James Caldwell. Mockery, ridicule, contempt, scorn, resentment…these are terms that go hand in hand with the true meaning of sarcasm. Playful wit, yes, but there is truth in the eyes and words of this man akin to that of a child. His thoughts flow freely, he is uncensored in a way that is not foolish or irresponsible, but relaxed, welcoming, pleasant. Caldwell has made a life of finding a home in any corner of the world with any person in the room. Such a gift is coveted by many, ultimately those who desire to influence and accumulate power. But when these attributes belong to a human being who has made it his life’s endeavor to create and share, the beauty in this is beyond what can be described.

Jeremy Borschneck’s return to Serenity was an addition welcomed and celebrated. His voice has been cherished since he first took to this stage 2 years ago with his band Willhorse. Forging ahead to carve a new path for himself, although not all in their same roles, the men of Willhorse continue to be in his corner in one way or another.

Jeremy’s voice has a deep resonance, a guttural tone that communicates much of his dark horse character. Beyond his musical chops, Jeremy Borschneck has eyes that tell a story. They light up when speaking of something that is joyful, and at other times are as black as night, revealing the pain and struggle of an uncertain future we all hold. Words that are not spoken are revealed by a simple gaze.

His prairie roots as a burgeoning young musician took him to Golden BC where he met his future bandmates and lifelong friends that ultimately became Willhorse. Those years writing, recording, and touring together were truly “golden” in many ways. Now he balances his desire to write and perform in a city that will support him creatively, with a yearning to see his son more often and a need to earn a living. At a time when the answers are not clear as to which road to take, he is writing constantly and producing more music than he has in years. With plans to record a solo EP in early 2016, Jeremy Borschneck is going all in, putting his own name on the music and trying to look ahead instead of behind him.

But he won’t be doing it alone. Although Willhorse may not be the moniker used moving forward, he has built a musical family around him that unquestionably includes these men. He is managed by former Willhorse bassist/manager Todd Menzies and for this tour was joined on stage by long time friend and Willhorse drummer Nick Petrowich. Nick has become sought out by more than a few BC bands, creating quite the juggling act when it comes to rehearsals, gigs and touring. He is everyone’s “number one” choice for a reason. You’ll be hard pressed to find a guy more likeable than Nick. He’s the entire package; kind, fun, talented, reliable, passionate, humble, hardworking. Not to mention he has written a few songs that were standouts as Jeremy’s voice gave life to stories worth telling. 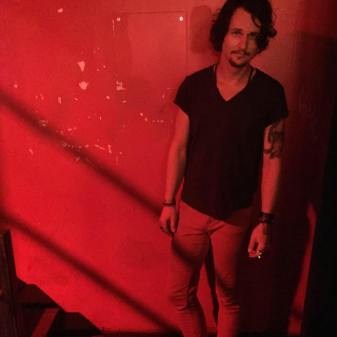 The multi-faceted JP Maurice played bass for the set, a long time collaborator who produced the Willhorse album and is set to produce Jeremy’s solo EP in the coming months at his new studio in Vancouver. Coming off his big night with the Peak Performance Project Finale at the Commodore Ballroom a few weeks ago, there was plenty to discuss with JP who always seems to have his hand in multiple projects and will be returning to the venue to play a show of his own in January.  I’ll wait until then to focus intently on JP Maurice, a person not easily shaken from one’s consciousness. But what is important to share here is his genuine eagerness to support Jeremy’s endeavor as a solo artist. His chameleon ability to turn off his front man persona and support Jeremy on stage was something to behold. Aside from the pure enjoyment I get from watching Nick Petrowich play drums, I was glued to Jeremy, I watched the way his face changed as he belted out each note and lyric, while JP Maurice put himself in the background. I had watched JP do the same for Rolla Olak this past September at Harvest Fest, as I know he does for countless other artists. What does this say about a man? A whole hell of a lot if you ask me.

Once the audience had gone home, Benjamin James Caldwell set the stage in the house to film a ‘Moon Mountain Sessions’ music video featuring Jeremy singing one of his new songs, “Caught On Fire.” I didn’t watch the filming, but instead will view it like every other fan, and take in Caldwell’s artistic mind’s eye and the way Jeremy’s voice resonates through the screen.

American scholar and author Brené Brown wrote “You can’t get to courage without walking through vulnerability.”  These men personify this statement and I have carried their courageousness with me ever since.

Photos courtesy of Shirley de Vooght and each of the artist’s image portfolios.